“Passed away unexpectedly in San Juan Bautista. He was born in San Jose and lived in Hollister at the time of his death. Cole loved all kinds of music, was a wiz on a computer, but most of all Cole loved being with his family, friends and traveling.”

Those words are the start of an obituary of Cole C. Young. Acer, as he was known through out IRC networks and on the internet, died on November 24. 2006. He was only 24.

I got to know Cole in early 2004 through the TotalIRC network, where he was an administrator (and co-founder), as well as a good friend of many of the people on the network.
Since that time, I spend a lot of time talking with Cole, about technical, as well as personal matters.
He became a good friend.

It is a couple of hours since I got the information, and honestly, I am still a bit shaken by it. He was there when needed, always ready to help out, and had an outstanding personality.

I know I speak for all of TotalIRC’s administrators, users, and people who knew him, when I say that he will be greatly missed.

We are privileged to have known you Cole. May you rest in peace. 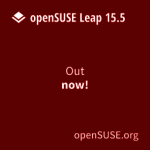